Rae Shearn is a distinguished attorney with 35 years of experience. She joined the business of private criminal defense in 1999 and opened legal offices in Florida's Miami-Dade and Broward Counties. Her qualifications include death-qualified criminal defense attorney certification, which she obtained in 1999. Shearn's defense of clients, whether charged with DUI or a capital offense, has always been aggressive and conscientious.

Rae Shearn was a professional ballerina and dancer of the fine arts prior to 1987, when she began working as a prosecuting attorney for former Attorney General Janet Reno. Her career in dancing lasted twenty years. She performed for Martha Graham, one of the most renowned creative directors and choreographers, often known as the "Mother of Modern Dance." Donald McKayle, who is well-known for choreographing the Sophisticated Ladies, was another collaborator. Her last professional dance performance was at the First Miami New World Festival of Dance, when she debuted as a Company Member with Miami Fusion Dance Company. She started law school the next month.

Rae Shearn served as a Southern District Magistrate prior to joining Janet Reno at the Miami Dade State Attorney's Office. She was also a prosecutor during the Miami Riot, Court Broom Sweep, and Miami River Cops trials. In the mid to late 1980s, she served in the drugs speciality division unit under Janet Reno. This was three years before the then-Miami-Dade State Attorney elevated her to head of the criminal section. During this moment, she felt compelled to move to the accused's side. She became a very respected and fearsome trial attorney very fast.

Since starting her legal career, Rae Shearn has been recognized as a Client Champion. Throughout her career as an attorney in private practice, she has mostly focused in criminal defense, with an emphasis on the highly specialized field of death penalty litigation since 1997.
She was selected as a National Top 100 Trial Attorney in 2021 and 2022.

She was the sole criminal defense attorney relied upon to oppose the $8,500,000 G8 police Action Plan sponsored by federal anti-terrorism money. She was in the vanguard of defending hundreds of demonstrators facing unlawful charges outside the Intercontinental Hotel in Miami, Florida, for engaging in a recognized free speech activity. Despite the many arrests, none of the individuals detained were found guilty. She has significantly contributed to the modifications of the death laws in Florida and the United States of America certified by the Florida Supreme Court for death-eligible cases.

Rae Shearn is a well-established and well regarded attorney in the state of Florida. Her legal ability as a prosecutor resulted in a distinguished career as an attorney. As previously stated, Shearn has earned several prestigious honors, including: Recognition as a Client Champion from 2005 to 2020 and the Platinum Award for Client Champion from 2020 to 2022, as well as continued ranking among the Top 100 National Trial Attorneys in 2021 and 2022.

She was awarded the Florida CPA Today Editorial Committee Award for Excellence in Writing for CPA-Client Confidentiality and the Broward County Pro Bono Service Award for Women in Need.
She received the Arthur Goldberg prize from Nova Southeastern Law School for her services to advancing the right to counsel under the sixth amendment. A member of the legal community since 2019, she was also elected to the Miami Florida Association of Criminal Defense Attorneys. Shearn has also served on the Executive Board of the Florida Association of Women Lawyers as Publicity Director.

Rae Shearn has had a number of important roles throughout her career as a criminal defense attorney, including serving on the Specialty Narcotics team for Janet Reno and being named to the Prosecutorial Joint Task Force in the Southern District. Janet Reno nominated her to the position of Chief in crimes after just three years as a prosecutor.

Additionally, Rae Shearn has long supported the Innocence Project of Florida, an organization that assists wrongfully convicted individuals. Through Broward County and Legal Aid, Rae Shearn provides free legal assistance to victims of domestic abuse. Her defense of fraud charges, Medicare, and other medical specialties on behalf of hard-working, committed medical physicians and businesspeople, including hospitality specialists, earned her a reputation for attention to detail.

Rae Shearn has made charitable contributions, as shown by her receipt of the Broward County Women's Distress Award. Individuals who have contributed to the Pro Bono service are granted the prize. She continues to represent Put Something Back in pro bono matters. This initiative intends to give legal counsel to those who cannot pay it. Additionally, Rae Shearn has contributed to the modification of Florida's death legislation.

END_OF_DOCUMENT_TOKEN_TO_BE_REPLACED

How to Prevent These Common Forms of Unauthorized Access

END_OF_DOCUMENT_TOKEN_TO_BE_REPLACED

Who looks into cases of wire fraud?

END_OF_DOCUMENT_TOKEN_TO_BE_REPLACED

Agreement to Bail and Bond Conditions

END_OF_DOCUMENT_TOKEN_TO_BE_REPLACED

The smallest fine for wire fraud

END_OF_DOCUMENT_TOKEN_TO_BE_REPLACED 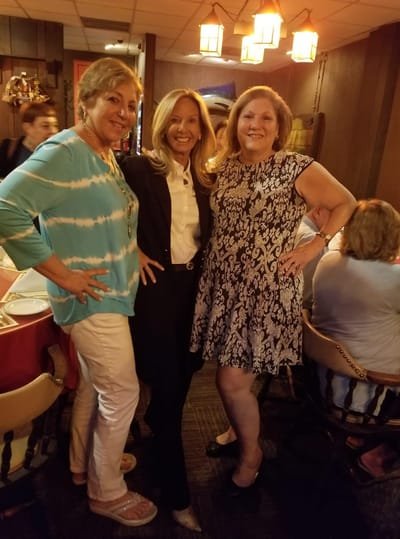 Welcome to My Blog

END_OF_DOCUMENT_TOKEN_TO_BE_REPLACED
I BUILT MY SITE FOR FREE USING